Sikkim is the smallest state in India, and is located in the northeastern part of the country. Sikkim is bordered by Nepal, Bhutan and Tibet and hence there is no dearth of tourist places in Sikkim, undoubtedly. Being the gateway to the Himalayas, Sikkim is known for its beautiful scenery, green meadow, crystalline lakes and towering mountain ranges. This kingdom of mountains has a personality of its own, you will be lost in the captivating destinations in the state, and also see the coexistence of hinduism and buddhism which has given rise to a unique and peaceful culture to the state of Sikkim.

Sikkim is a land of monasteries, the beautiful structures like every inch of the state. You will find it hard to not fall in love with this land, with its clean and green roads, valleys, mountain tops and meadows. The eastern Himalayan state comes with rhododendron groves and thick woodlands, orange and apple orchards, its peaceful ambiance hitting whoever visits it hard. Sikkim is the place to visit when the rest of the country is burning during the summer months, the mountainous state proves to be an amazing getaway from the heat and a mundane life in the plains. You will see a horde of wild flowers during summer, these fill up the valleys and truly make your visit worthwhile.

Sikkim is your go to for trekking into the Himalayas, and river rafting on the Teesta and Rangit. At a higher altitude, you will see that monsoon clouds often surround the mountain tops, giving the place a mesmerising look and feel. Sikkim is a sanctuary of wildlife, primarily home to snow leopards, wild goat, black bear, blue sheep, flying squirrels, and the famous red panda. The cultural and ethnic background of the state makes it a hub for curious tourists throughout the year, Sikkim is as beautiful in winter as it is during the summer months.

Day 1 : Arrival to Gangtok & Check In

A representative will be there to Welcome our guests on arrival at Bagdogra Airport/NJP Railway Station and he will be assisting for transfer our guest to Gangtok - Approx 135 kilometers 4 ½ - 5 hours drive. Gangtok is the capital city of Sikkim known for its natural beauty, exotic flora & fauna, magnificent vistas, indo-tibetan food, mystic rituals at an height of 1670 meters / 5480 feet. On arrival check-in to hotel & rest of the day enjoy the leisure activities of the hotel property or free to roam around famous MG Road(Shopping Arena) or satisfy taste buds by having local foods. Overnight stay at Gangtok

After breakfast at hotel start for the Excursion to Tsomgo Lake nearly 40km from Gangtok. The beautiful Lake is oval shaped glacial lake, Surrounded by rugged mountains on all sides, this scenic lake is located at an altitude of 12313 ft, generally snow covered almost all year around, nearly about 50 feet deep & more than 1km long & home to many migratory birds. On the way to Tsomgo Lake take a halt at Kyongnosla waterfalls at Kyongnosla Alpine Sanctuary - the home to the red panda & Tibetan wolf with scenic beauty of alpine trees. Nearby is the Baba Mandir (around 17 km from Tsomgo Lake)- a sacred site for all pilgrims - named after an army man Baba Harbhajan Singh who sacrificed his life for the nation. - situated at a height of 13123 ft. After visited all the locations back to Gangtok and overnight stay there. (Incase of Landslide or due to any other reasons if Tsomgo Lake is closed then an alternate sightseeing will be provided.) *** Pick up and drop facility from and to at North Sikkim Stand only for sumo/maxx, around 8:00 AM - 8:00 PM.

Nathula Pass (Optional): Nathula Pass is nearly 8.5Km from Baba Mandir & visit would be subject to road condition & availability of permit which is issued by the Indian Army before 48hrs of tour commencement. Nathula Pass open only on Wed, Thurs, Fri, Sat, Sun. As only limited permit are issued by the army, so sometimes it will be very difficult for us to arrange the permit for our guest, in that case trip will be only upto Baba Mandir. We will charge additional of Rs.3500/- for two person for Nathula Pass visit. Please be informed that guest must carry photo ID proof such as Voter ID card/Passport/Driving License & Passport size photograph.

Day 3 : Transfer from Gangtok to Lachung . Sightseeing on the way.

After early breakfast drive up for Yumthang valley (11,800 ft. /24 km / 2 hours) excursion tour. Yumthang, where the tree line ends and the rhododendron groves cover the landscape in a surreal shade. Yumthang also called the valley of flowers as in spring wild alpine flowers carpet the land. Yumthang is also known for its hot spring, which have healing medicinal properties. Back to hotel for lunch, after lunch drive to Gangtok. Overnight stay at Gangtok.

After breakfast transfer to Darjeeling. Check-in at Hotel/ Resort and overnight stay. Evening free to go around the famous Mall Road. Enjoy local cuisine and beauty of Darjeeling

• 3 Points: 4am. – 8am. Early morning tour to Tiger Hills (at around at 4 am) to morning view sunrise over Kanchenjunga Peak (subject to clear weather) on your way back visit Batasia Loop & Ghoom Monastery

Evening free for other activities. Overnight stay at Hotel.

Day 7 : Transfer to Airport /Railway station .Bring back beautiful Memories of this Amazing Creation of God.

Transfer to Airport /Railway station .Bring back beautiful Memories of this Amazing Creation of God.

As suggested by Sikkim Tourism, the best time to visit Sikkim is either between March and May or October and mid-December. If you want to witness the blooming natural beauty in Gangtok best season to visit would be in spring, from March to May. Autumn, on the other hand, brings the clear view of Himalayan Range.
Gangtok does receive snow in winters but not in October. … Still there is a high probability to get snow at Gurudongmar, Nathula Pass, Yumeshdong and Katao Hill. But don’t worry Sikkim is beautiful in every seasons.
Foreigners must obtain Inner Line Permit (ILP) to visit Sikkim. These can be obtained from all Indian Missions, Sikkim Tourism Offices at New Delhi, Kolkata, District Magistrates Office of Darjeeling, Siliguri, and Rangpo on the strength of an Indian Visa
You can not usually take self driven cars to protected areas of Sikkim including Tsomgo/Nathula and North Sikkim. You need to go through a registered tour operator, get permits and use their vehicle. … You can not get Protected Area Permits anywhere other than in Sikkim.
The pass remains closed on Monday and Tuesday. Domestic tourists can visit the Nathula Pass in Sikkim on any other day of the week.
Alongside the beautiful scenarios of magnificent nature, Darjeeling city tour and around is famous worldwide for its excellent flavor in tea. Most of the farming areas of Darjeeling are tea-plantations. … And we all know that Darjeeling, being the ‘queen of hills’ in India, is a perfect honeymoon destination
Among the wonderful local wonders, Darjeeling has its bars and pubs, where you can head to for a great time. Most of these bars and pubs are old establishments, and the drinks are relatively less expensive than most other Indian cities
Tiger Hill (2,573 m) is located in Darjeeling, in the Indian State of West Bengal. It has a panoramic view of Mount Everest and Mount Kanchenjunga together 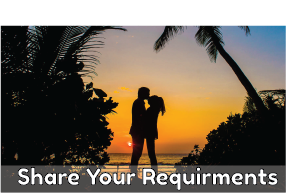 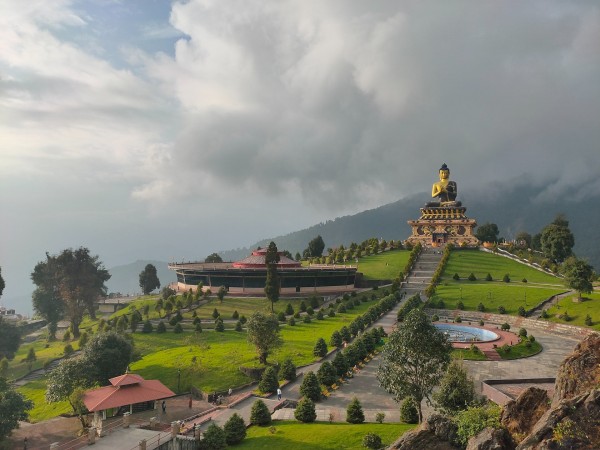 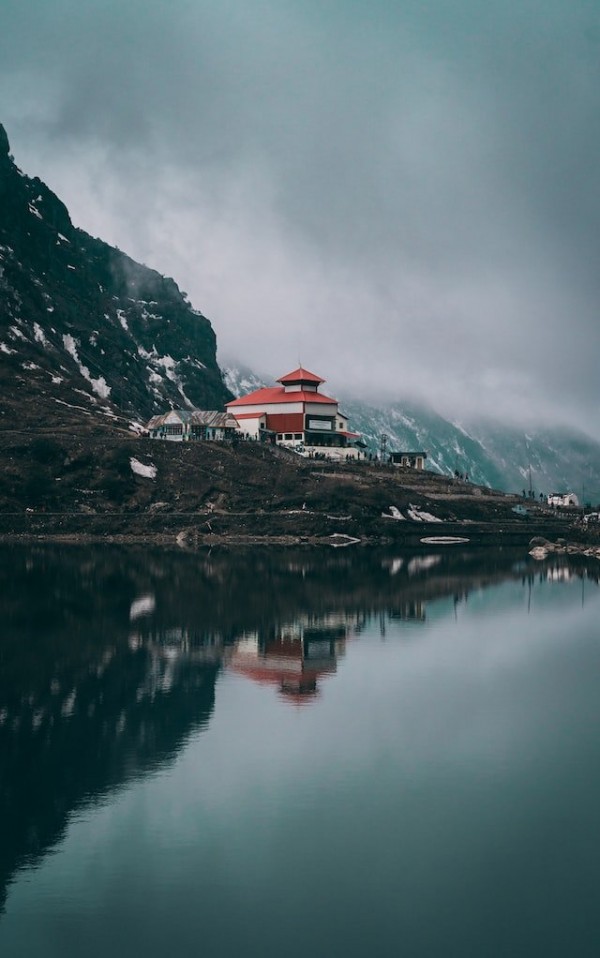 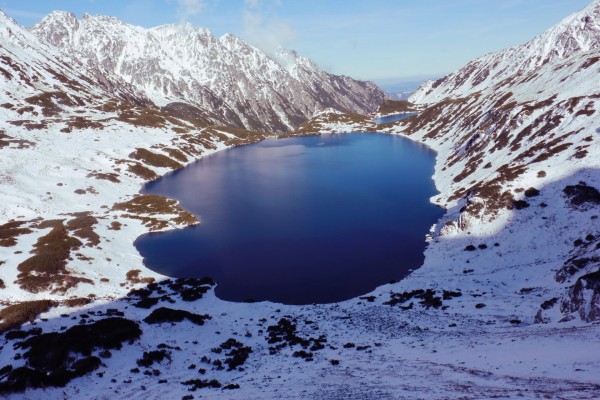